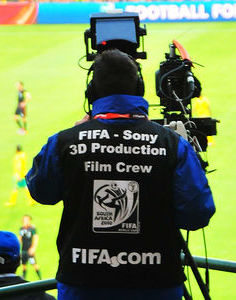 Our long-term partners from FIFA TV visited Russia again. They were working on new episodes about football and its most renowned legends.

This week was marked by a very interesting project, in which Lingvista took part for the third time now, in this case in Moscow. FIFA TV reporters met and interviewed Russian football stars with a mission to tell about their lives to the football fans. Lingvista provided interpretation during the interviews. Earlier, we worked with the FIFA TV team in our native Tomsk and in Krasnodar.

Soon the film will be released and we are looking forward to new episodes and opportunities of partaking in such an exciting and fulfilling project!