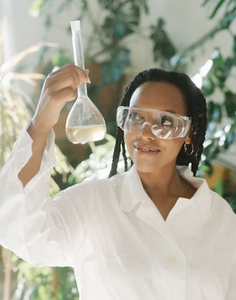 Do you remember those tricky names for plants and animals, as they were referred to in schoolbooks? These used to be archaic words in the Latin language, always printed in italics… Perhaps, it was the last time you dealt with them – some years ago, at school. Unless you have decided to become a botanist or a biologist when you grow up. Or a translator!

Within this year’s first months, we at Lingvista had been busy with some serious scientific work. Okay, to be precise, we helped people engaged in scientific research in different countries to exchange their valuable knowledge. Since the beginning of 2022, our linguists have translated (from Russian into English) and edited more than 300 pages of research papers and scientific reports. For us, it turns out to be one of the most riveting projects ever. Jokes aside: through it, we have learned a lot about the world around us.

This translation was ordered by a Scientific Station of a branch of the Russian Academy of Sciences. The documents were supposed to be studied by foreign partners of our local scientists. That is why the translations should have been accurate and clear in every fact and figure: from special terminology to international standard requirements every research paper must meet. The object under study was the Siberian nature; certain forest plots had been chosen and thoroughly described by the station staff. In their report, they named every local plant, didn’t forget the tiniest bug, and even counted the footprints of all the animals who happened to cross the path in the studied area. More than that, the explorers discovered a new mushroom species that was unknown to science before!

Translation of such materials turns into a little research for linguists as well. It’s crucial to be aware of the glossary and abbreviations used in a particular field of expertise and to have a notion of other scientific works available online. While working, responsible translators and editors dive into the topic and read relevant references in the English language, almost becoming botanists, biologists and ecologists themselves. Dedication is essential for such global projects, as a high-quality translation always demands the best efforts.

By the way, the client counts on Lingvista in translating the next annual reports. We are happy to help and already wonder which natural mysteries are to be unveiled this summer.