Focus on China: negotiations by phone and voiceover 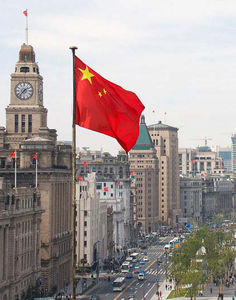 December was a month of severe Siberian frosts, festive mood and noteworthy projects, such as voiceover of a promo video done by Chinese native speakers and interpretation of important phone negotiations between Russian and Chinese partners. Challenging projects and language pairs mean a bright old year’s ending and a great start of a new one!

We deal with Oriental languages quite often. However, Chinese still has a leading position among them all. Working with Chinese, Japanese, Korean, etc., we admit the specific character and sophistication of such languages and always recommend involving native speakers in translation of source Russian texts. It’s hardly even possible to master the subtleties of these languages and to reach a native speaker’s level, even if one has been living in a language environment for a long time.

If a company has plans to enter the Chinese market, it could need a native speaker’s assistance in preparing promotional materials, such as a video dubbed in Chinese. That’s exactly what one of our clients required, so we selected several speakers and suggested their voice samples to the client. After one of them was chosen, the voiceover was done in a record studio. Now, the products of a local company will be presented in China, and the speaker (who has a really nice voice, by the way!) will tell about them in Chinese, future buyers’ native language. Moreover, Lingvista translated all the promo texts from Russian into Chinese, also involving native speakers.

Another client needed to call a Chinese partner, so we provided an experienced interpreter for the negotiations. All the details were cleared up, and hopefully, it set off mutually beneficial cooperation of our client with their Chinese partner.

The year has just started, so we look forward to new Chinese and any other fascinating projects!