Translating from Georgian and into Portuguese 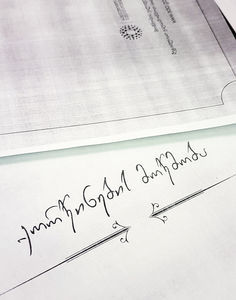 For the time of Lingvista’s work, we have already taken part in all the unusual projects and translated from/to all the exotic languages ever possible, it seems. However, our clients keep on surprising us with new interesting requests. Thus, last week we worked with Georgian and Portuguese languages, notarized these translations and got a preliminary request for Mongolian-Russian interpretation.

The Portuguese language is much more widely spread than one could imagine. It’s spoken not only in Portugal, but also in Brazil and some African countries. Portuguese is one of the most spoken world’s languages and the second-most spoken in Latin America after Spanish. It’s quite remarkable how Portuguese is getting popular in Russia just now!

Last week, we translated some personal documents from Russian into Portuguese for our customer, and then notarized them officially. A couple of weeks ago, we estimated a scope of work and gave approximate rates for a client who needed to translate a video from Portuguese into Russian. The client took some time to make a decision, while we got in touch with our Portuguese translators to be ready for accepting new requests anytime.

In 2015, we worked with Georgian for the first time. It was translation of a booklet on medical equipment from Russian into Georgian done by native speakers and then proofread by a medical professional from Georgia. This time, we translated private papers from Georgian into Russian and notarized the translations afterwards. By the way, have you ever seen what does the written Georgian language look like in official papers? We’ve got to tell: it’s really picturesque :)

If your company or you personally need translation from/to any exotic language (Russian included), we are here to help you out. There are translators of various languages in our freelance team: that’s what makes us able to work regularly with such languages as Turkish, Chinese, Czech, Lithuanian, Slovak and some other remarkable ones. A project manager may need some additional time to build up a team, since there are always two specialists working on any project: a translator and an editor. That’s why we can guarantee high quality of our translations. Just feel free to assign your project to us to obtain your own cooperation experience and then give a feedback on our work. We really like adding new testimonials to the relevant page of our website – go check it out!