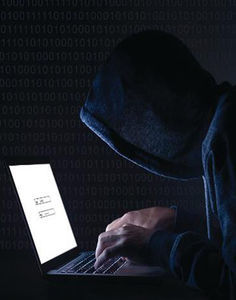 We often mention our successful cooperation with translators and interpreters from all over the world. Indeed, we receive dozens of CVs daily and it may seem very easy to start collaboration with such linguists in case we’ve got relevant projects. However, their eagerness to work is the first wake-up call. Such mailout might be a sign of online fraudulence. How to recognize that? We’re ready to share our own experience below.

Sometimes our long-term clients surprise us with offbeat tasks. What about medical documents (full of abbreviations and acronyms) to be studied in the Czech language and then summarized in German? Dealing mostly with the Russian language, we’d rather not undertake such a project in another situation. But the order had been placed by one of our most valued long-time partners. How could we refuse? More than that, we’ve got great experience in solving uncommon tasks. But this time… something went wrong.

It’s a story with a happy end: the project had been accomplished and delivered on time to the client. However, the experience might have been quite negative, if we hadn’t detected that our newly selected translator was a fraud.

We found an appropriate Czech – German linguist among the freelancers who regularly send out their cooperation offers. We looked through the CV, made sure the translator was experienced enough in the field and contacted her via e-mail. The translator replied quickly confirming her availability. So we let her sign a non-disclosure agreement and handed over the project. Everything seemed to be alright. But there was an inkling gradually growing inside our minds. Here are some points that made us feel suspicious.

But the deadline was set, availability confirmed. From now on, the work status is “in progress”, we thought.

The possible consequences of this ‘probable’ cooperation remain unknown. Luckily, we trusted our suspicions, and looked up the freelancer’s email address in Google. We found it on a website with online fraudsters listed. They mail out their CVs to companies and agencies throughout the world to undertake translation projects and get paid for them, not going to send them back.

That was the last straw for us, so we kept on looking for a REAL Czech-German translator and have found the right one eventually. He responded to our emails reactively and appropriately, his CV contained all the possible ways to reach him (email, cell number, a personal website, skype), he printed the NDA and signed it in ink, had a few questions regarding the job. With this reliable translator by our side, we didn’t feel really alarmed when the first one hasn’t showed up at the specified deadline. This ‘bot’ translator responded to our mail, asking for more time to complete the task, assuring us it had almost been done. No thanks, that’s enough, we thought. We replied that the client couldn’t have waited any longer, so we had to cancel the project.

All in all, how does it work? Most likely, an online fraudster:

The agency’s team relies on the translator, hoping the project will be delivered after the payment is received. Alas! Online fraudsters hardly ever get in touch again after getting money. So the PM has to do something to evade a total failure: to warn a client about the missed deadline and look for a new translator.

To sum up, this time we managed to recognize a fraud before it was too late to rescue the project. This is how a new chapter to our company’s PM guide has been added: “How to recognize a freelance translator is a fraudster”.

Better safe than sorry – that’s what we’ve learned from the story told above.