Enjoying the World Cup 2018 in Russia 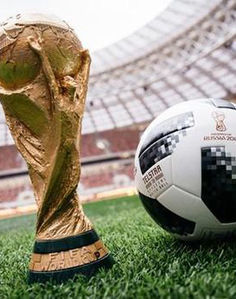 The world has officially been crazy for football (aka soccer) for the last few weeks. We evidenced a chain of historical sports events: Russia hosts the World Cup for the first time; our national team outperforms itself and makes it to the quarterfinals, what we are very proud of. Besides, Lingvista has another reason to feel proud: we helped the British FIFA Football TV magazine to showcase the tournament in Russia from a new point of view.

Lingvista and football have been bound together for several years. We help British reporters during their trips to Russian cities, supporting them both from the linguistic and organizational sides. The journalists first contacted us in 2010: since then, their trips to Russia are traditionally supported by our services. Lingvista implements interpretation at meetings and interviews with remarkable persons from the football history, sportsmen and tournament organizers. Last year, we completed a complex project dedicated to the Confederations Cup 2017 and the future World Cup: we set up meetings with ambassadors, volunteers and local people; obtained permissions to film in the host cities, provided the reporters with comfortable and safe transfer and English-speaking taxi drivers’ service. After their trip was over, we created English subtitles for the interviews taken in Russia to broadcast them for the UK audience.

The task we had this year was also fascinating: the British partners asked us to look for Russian football fans ready to go to the World Cup matches by any unusual mean of transport. A ship voyage, a railway train trip from the very East of Russia, hitchhiking, cycle-travel, etc. would be good enough to be filmed. We found a Chinese man with the Russian citizenship, going to ride a horse to some of the host cities; two guys from Siberia hitchhiking to Sochi (around 4,500 km), organizers of floating hotels in Samara and Kazan… We did our research, contacted them all and agreed on interviews with the journalists. The videos are to be broadcast once the World Cup is over. We’ll surely share them to reminisce of wonderful tournament vibes and tell more about the amazing project we worked on.

The British wanted to show the host as a country of keen friendly people not afraid of any difficulties and ready to face adventures on their way to the great World Cup dream. Well, wonders do happen sometimes, judging from the last sports events. Dream on!