Do you love rock music just as much as we do? 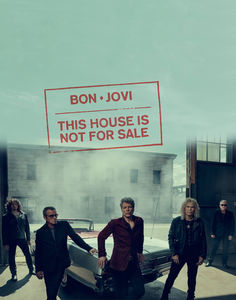 It’s hard to imagine the rock music world without such hits as “It's My Life”, “Thank You For Loving Me”, “Livin’ On A Prayer” by Bon Jovi. We’re delighted to tell you about one of our most interesting translation projects focusing on the legendary band. Let’s rock!

Being adventurous and brave enough, we’re always eager to take part in outstanding projects. There are contracts, agreements, manuals and other serious official papers among our translation jobs, as well as tasks of a completely another kind. A few months ago, we were contacted by a representative of the Russian Bon Jovi Fans Global Community. The task was quite straightforward: to translate an online magazine article from German into Russian. And that was a start of our fruitful cooperation with these keen guys. Now our achievements include: various articles and interviews translated from English and German into Russian, videos transcribed in English, subtitles of interviews translated into Russian and even the literal (the creative one is coming soon, possibly) translation of brand new songs from the band’s newest album coming out this November!

To be honest, we’re gradually becoming Bon Jovi fans ourselves and their songs play in our office every now and then :) The work is in progress, Russian Bon Jovi fans get breaking news about their favorite musicians in Russian and we really enjoy working in such creative projects. It’s our life!