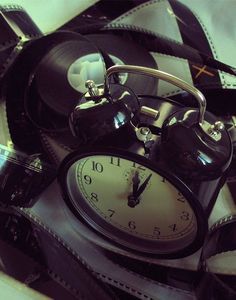 Subtitle translation often seems to be one of the most fascinating tasks a translator can try hand at. It's much more interesting and nice to watch a movie rather than trudge through a complicated technical tutorial, right? However, subtitle translation is a challenging type of work which demands special skills and experience. Particularly, when it comes to translation of documentaries, since instead of plain dialogs common for TV series, they include various scientific facts that need to be proven and understood before being transferred to the target language correctly.

Working with media is a vast field far beyond subtitle translation. There is a wide range of other related services: writing a script for audiovisual records, setting time codes to indicate duration of the pronounced sentences, mastering special tools and software to create and edit subtitles, compiling glossaries to ensure consistency in translated names/titles/terms, recording professional voice over based on the translated text, etc.; the full list can be really long. Last week, Lingvista completed two great projects in cooperation with American companies. Both were related to media, but there still were multiple differences between them.

The client had warned us about the first upcoming project beforehand, so we had enough time to get ready thoroughly and build a team of linguists experienced in subtitle translations. This time, we translated the second episode of a famous documentary; its first episode had become one of the most unconventional documentaries ever, translated into 27 languages and broadcasted worldwide. The documentary highlights various subjects including modern science and medicine, advanced energy technologies, global politics, even yoga and the art of relaxation. Our translators did their research to properly put every single term and idea in Russian. There were special terms from quantum physics, meditation practice and so on – a spacious mind required.

Not just content, but also the tool used for this project was remarkable. We completed translation on Google Docs; this platform is rapidly gaining its acknowledgement among our foreign clients these days. It allows to observe and control the working process in real-time mode, and this option helped Lingvista project managers notice that one of our translators went ahead very slowly, so there was a risk of not meeting the deadline. Luckily, we had a chance to spot this difficulty early and ask another translator to undertake a part of work, so that the whole volume could be translated by the specified date. The client has requested our American partners to translate the documentary into 14 languages: Portuguese, Spanish, Italian, French, German, Dutch, Russian, Arabic, Hebrew, Hindi, Malay, Korean, Chinese and Japanese. Translators from all over the world worked simultaneously in one common Google Doc. Such a true global team spirit!

In the second media project, we created a script for a video court interview in Russian and Ukrainian. There was a strict deadline and no warnings beforehand, so the project manager had to act promptly: build up a big team, extract videos in Ukrainian to hand them over to our freelancers residing in Ukraine, then collect multiple parts of the script, put them together, check, edit and set correct time codes. As a result, we managed to deliver the project on time, even though our working day had long been over. So, such technical details sometimes demand much more time and effort than pure translation.

We are looking forward to new creative projects! In case you have something to translate, or if you are a translator willing to work with the Russian language, you may always reach us here: info@lingvista.ru for translation requests and jobs@lingvista.ru for your CVs ;)